What an amazing year so far

Remember back in January when I said this was going to be a great year? I was right. The girls and I love our new place. I feel so much more whole now that I have my own home that I'm the only adult in. It's not our forever home or anything, but I am thoroughly enjoying it.

In my love life, I was dating a nice man for a short time, but since February, I've been dating one of my oldest and dearest friends who I'm so happy to call my boyfriend. Things are amazing. He's great with my girls, which is huge.

I can't honestly imagine being with anyone else. I hope I never have to be.

Things with my ex are the same: He's always on the cusp of being an a-hole at some point, but I don't play into his games. I suck up his antics for the greater good of having peace in our life.

So far, I'm pretty fond of 2015. I can't believe it's already halfway over. I want to soak all of it in, and I hope it continues to be this good.


Ain't that the truth! 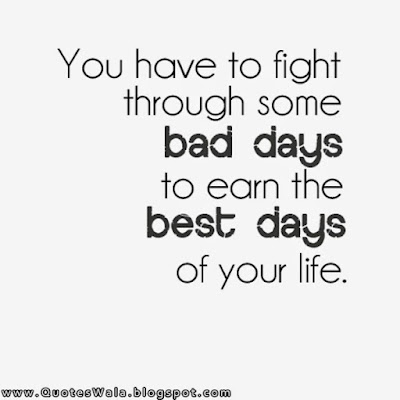 A new home, a new start 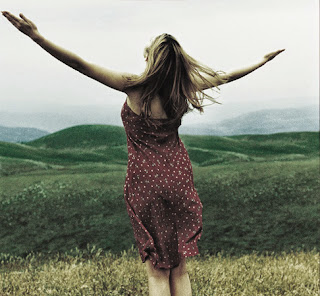 I think 2015 is getting off to a pretty good start.

Granted, most of that is based on attitude alone, if you ask me. I'm determined for an even better year. And so far, 2015 is proving me right.

The girls and I have been blessed enough to live with my mom these past nearly three years since separating from my ex. But now we're moving! We're renting a cute little place just a few blocks away for just me and my ladies.

Yes, it will be hard being away from their Nana; they have no memory of not living with her. But we'll see her constantly. She can come over to help tuck them in. We can still have meals together once or twice a week. I'm hopeful that my nervous (and kind of sad) girls will adjust fairly easily.

Anyone else have experience moving your kids away from a grandparent?

Other news: I'm dating a new guy who seems really great! My guard is totally up because, well, I'm nearly 40, have two kids and haven't made the wisest choices in the past when it comes to men.

This guys is all in, it seems, and is so thoughtful. So naturally I wonder what's wrong with him. Could it be that he's simply taken with me and that I'm deserving of such attention? Hmm. Food for thought. ;)

Lastly, I have to say that I'm happy with how things are at the moment with my ex. Not to get into excruciating details, but basically I'm appeasing him financially in exchange for him promising a cooperative co-parenting relationship. My guard is up with this arrangement too, but for good cause. I'll take less money any day (even though we could use it) if it means the girls can see their parents get along on a basic human level.

I hope the year continues on this upward trajectory.
Posted by Mom in Limbo at 10:26 AM 1 comment: 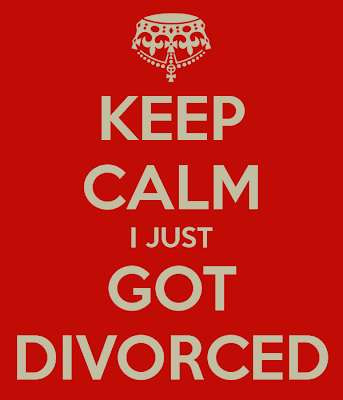 Oh, guess what? After 2.5 years of legal crap, I'm finally divorced! Granted, we still have to hammer out the details at a January court date because nothing is ever QUITE as easy as I'd like.

But for today, I can smile knowing that one part of my life is finally moving forward.
Posted by Mom in Limbo at 2:52 PM 4 comments: 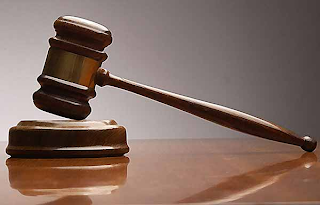 Pretend for a minute, if you will, that my divorce hasn't gone on for more than 2 years. Mkay? Great.

So, we have a date - June 30 - set for pre-trial. That means they'll discuss what our trial will entail and set a court date.

It's really all so silly. We're going to court solely about money issues. Ex owes me not very much, but he refuses to pay any of it, and my attorney is SO annoyed at him that he may reduce what I owe him. So, if I lose in court, I have a feeling my attorney won't exactly expect me to pay him much for the honor of having taken my ex to court. (An aside: I have paid barely any of what I owe him, and no one has bothered me about it. I think it's because my attorney knows that part of why this divorce has dragged on is his own incompetence and laziness.)

The bigger issue is actually that he owes my mom almost $5,000 in unpaid day care from when she watched the girls for a year. He refuses to pay, plain and simple. Because it's a matter of our divorce settlement, I have to go to court to fight for that.

Again, I don't see a judge saying he doesn't owe my mom. But if he/she does, then at least we know and can move on.

Oh, did I mention that ex is SO cocky and sure that he'll win that he no longer has an attorney? That's right, he thinks he can go to court by himself (he also didn't even think I'd take him to court, so maybe he's changed his mind and hired another one). My attorney assures me, in his exact words, that ex will "get his ass kicked in court" without an attorney. I hope so. I've been screwed enough. It's time for me to have a win.

BUT win or lose, I'm getting this damn divorce over with! I hate to go to court and potentially pay more money to do so, but life is short. Unfortunately, this divorce is not.

Wish me luck!
Posted by Mom in Limbo at 9:16 AM No comments:

Email ThisBlogThis!Share to TwitterShare to FacebookShare to Pinterest
Labels: divorce, moving on, wins and losses

30 Things to Stop Doing to Yourself

I saw this today, and every single one resounded with me. Especially No. 1. It's the hardest to keep at heart. Walking away from a relationship that is not what you need it to be is SO hard. I did it finally with my ex. I hope I'll be smart enough to do it again if I need to.

#1. Stop spending time with the wrong people. – Life is too short to spend time with people who suck the happiness out of you. If someone wants you in their life, they’ll make room for you. You shouldn’t have to fight for a spot. Never, ever insist yourself to someone who continuously overlooks your worth. And remember, it’s not the people that stand by your side when you’re at your best, but the ones who stand beside you when you’re at your worst that are your true friends.

Know your damn worth, people.

http://www.lifebuzz.com/just-stop/
Posted by Mom in Limbo at 8:35 AM No comments:

Where I am now 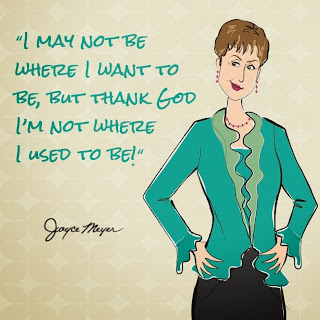 Saw this meme today, and as they tend to do, it spoke to me. Who can relate?

Also, I have to laugh after yesterday's post about having the night to myself and feeling great about it. Not 20 minutes later, ex texted me that the girls wanted to spend the night with me.

So, not so much on the "me" time, but I was thrilled nonetheless to have a bonus night with my gals. And - because I've made a commitment to work out every day for the next month - I went to the gym after they went to bed. 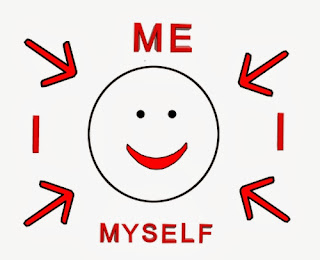 Well hello, there. I had a fun thought today. Neither kid has school and it's ex's day/night with them, so when I get off work, I can do WHATEVER I WANT.

Not that I'm ungrateful at all for my time with my girls! But I very rarely can get off work and not have something required of me.

It's all me, and spending time on ME is actually pretty great.

Happy Tuesday! Oh, and go USA!
Posted by Mom in Limbo at 1:29 PM No comments: