I am trying my best to love 2013. After last year's shitstorm, I was hoping and expecting that this year would be better

But not even 2 months in, and SO many people I know of have died, nearly every single one of them before their time.

- Let's start with last week, when my friends' sweet 2-month-old girl died. The beloved daughter of two dear friends whose lives will never be the same.

- Three weeks ago, my dad's longtime colleague was found dead on the hospital floor after going in for just some flu symptoms.

- On New Year's Eve my friend's cousin - a husband and father of three young children - had a heart attack in his sleep. He was 32.

- On New Year's Day, my dad's cousin's wife - who suffered from severe childhood trauma and resulting personality disorders - committed suicide by laying down in front of a train.

- Two weeks ago my friend's mom died of complications from alcoholism (liver failure, flu, pneumonia). She was 54. This friend, by the way, is related to the couple who lost their baby last week.

OK, 2013. We get it. Life continues to be a struggle. How about cutting us all some slack now.

Really, I am COMMITTED to "finding my happy" this year. It is hard, though, when there is so much sadness surrounding me. 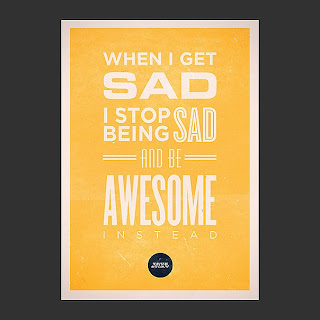 Email ThisBlogThis!Share to TwitterShare to FacebookShare to Pinterest
Labels: 2013, be happy, being myself, inner peace, kids